Jodhpur is a major craft-pocket for wooden handicraft products in India. In order to reinforce the technical expertise, facilitate the wood carving sector and upgrade the level of technology of wooden-craft, EPCH came out with appropriate proposal and subsequently with the presentation made before the Empowered Committee, the Ministry of Commerce and Industry sanctioned Dated 3.01.2002 under ASIDE scheme. A matching contribution have been approved by the office of D.C. (H/c) vide sanction order Dated 4.3.02. The Center was to run and manage by EPCH on self-sustained basis. A land measuring 1492 sq.mtr. was procured by EPCH from RIICO, Jodhpur at plot no. spl/1, Basni Industrial Area, Phase-1st , Jodhpur. EPCH got constructed a building to set up imported machines from Germany, France, Taiwan, Italy etc. An operation manual was prepared by EPCH through a professional agency to run the CFC on the basis of such operation manual. The rates for the working at the Center were fixed in consultation with the Industry. The CFC started its operation on 7th June ’05 with its first phase and on 5th Jan ’06 its second phase. Presently Jodhpur Handicrafts Exporters’ Association is running and look-after day to day work of CFC under PPP model to undertake the operation and function of the above Center as per terms. 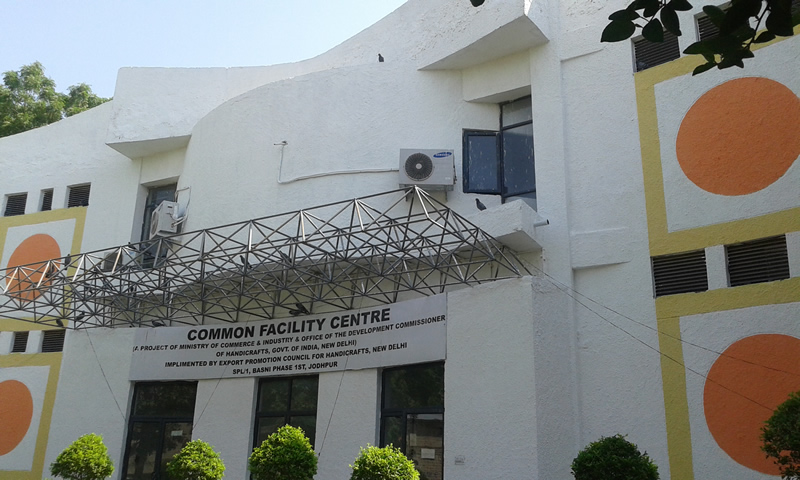